To Read or Not to Read – Abridged versus Unabridged Books

To Read or Not to Read – Abridged versus Unabridged Books

Reading an abridged book is like eating an Indian dish without the flavor of spices; or eating a salt less meal. Abridged titles need to omit many details to compress the text and present a short version of the story, which can be read by individuals who want to know about the story in brief. Fast food and abridged books are similar; they are processed/written for an audience who want a quick meal/read and are not concerned about the long term health/intellectual benefits. Abridged titles lose out on the essential description of the main elements of a story, which create the actual scenario and set the story rolling.

This image comes from the Project Gutenberg

Let’s look at the book “The Secret Garden” by Frances Hodgson Burnett and how the unabridged edition provides the reader with minute details of description to create a movie in their mind.

Characters –In the abridged book, Mary Lennox, the little girl, the main character is presented as a stubborn and pampered child. In the unabridged text, it tells us detail why she is so and paints a picture of her, “Mary has a little thin face and a little thin body, thin light hair and a sour expression”, wherein the reader can imagine her character. Character descriptions enhance the ability to empathize with the characters.
Setting – Without a proper visual description, the scene is not given proper justice. In an abridged version, The ‘Moor’ is stated as being ‘miles of empty land’. Whereas in the unabridged book, Mary’s feelings are expressed saying that, while she drove through a moor, “The drive would never come to an end, and the wide, bleak moor was a wide expanse of black ocean through which she was passing on a strip of dry land”. Imagine! 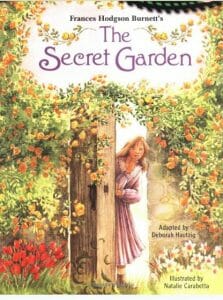 Plots (Events)– “Of course there must be lots of magic in the world, but people don’t know what it is like or how to make it. Perhaps the beginning is to say nice things are going to happen until you make them happen”, as stated by Colin Craven in the unabridged edition of “The Secret Garden”. These words helped the boy to walk again. Very little is mentioned in the abridged edition, and these magical words are all lost.
The point of concern is that if very young readers are encouraged to read abridged titles to be exposed to classic stories, then they get to know the storyline but lose out on the beautiful original language of the unabridged book. Once they are old enough to read the whole book, they don’t wish to read it since there is no surprise element left and they feel it’s now too long a story accompanied with a fine print. They don’t get used to reading the longer descriptive text, and they would prefer reading another book since they already know the story. So should we encourage young readers ‘To Read or Not to Read’ abridged classics?