‘Librarians can bring back the glory of Story-Telling’

‘Librarians can bring back the glory of Story-Telling’

A story of the rulers of this planet

This blog is dominantly inspired by the book ‘Sapiens – A brief history of humankind.’ 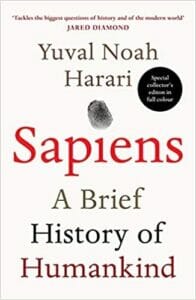 The author Prof Yuval Noah Harari, is a historian and has based this book on much research and some compelling logic. This book is categorized as non-fiction and falls under history, science, philosophy, and anthropology.

The purpose of this blog is a small endeavor from my side – to direct your attention – towards the might of Storytelling, so we can all, collectively as educators, bring back the glory of this art. and science and write, and tell, and unleash some brand new stories.

” Once upon a time … long ago … About two hundred thousand years ago. At least six different species of humans inhabited Earth. Yet today, there is only one species that roam this planet – Homo sapiens. What happened to the others? Given below is a scientific reconstruction of 3 such species.

They were all humans – from the species termed homo – just like us. But none survived. What happened to them? How come only one species – Homo sapiens, which is us – are the only species surviving?

We conquered this planet. hands down. What is so special about us? Here is a theory of what could have happened 70 thousand years ago.

Cognitive Revolution – we do not know what exactly happened. But something happened.

70,000 years ago, we lived like all the other animals on this planet. All those homo species, our sibling apes and chimpanzees, lions, tigers, elephants, etc. Hunting, eating, sleeping, mating – our only concern. Like all other species, it was physiological – food, shelter, and fight for the best mate. We roamed in herds.

Gradually, all other species disappeared. “They left behind some bones, stone tools, a few genes in our DNA, and a lot of unanswered questions. They also left behind us, Homo sapiens, the last human species. What was the Sapiens’ secret of success? How did we push all other human species into oblivion?” (Harari, Yuval Noah. Sapiens. Penguin Random House, 2011.)

The most likely answer is that ‘Homo sapiens conquered the world thanks – above all to its ONE SPECIAL ABILITY. There was something special we had – we have even today – that our sibling species did not have.’

Archaeologists found an ivory figure of a ‘lion-man’ (or ‘lioness woman’) from the Stadel Cave in Germany. It is dated to be 32,000 years old. The body is human, but the head is of a lion. 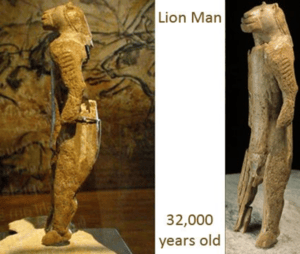 Ladies & Gentlemen Welcome to our World of Power – “one of the first indisputable examples of art, and probably of religion, and of the ability of the human mind to imagine things that do not exist.

Instead, it’s the ability to transmit information about things that do not exist at all. Only Sapiens can talk about entire kinds of entities that they have never seen, touched, or smelled as far as we know.

Many animals and human species could previously say, ‘Careful! A lion!’ Thanks to the Cognitive Revolution, Homo sapiens acquired the ability to say, ‘The lion is the guardian spirit of our tribe.’ This ability to speak about fiction is the unique feature of the Sapiens language.

But why is it important? After all, fiction can be dangerously misleading or distracting. But fiction has enabled us not merely to imagine things but to do so collectively. Fiction, Stories & myths give Sapiens the unprecedented ability to cooperate flexibly in large numbers.

To create and spread fiction is a uniquely human ability. That is our extraordinary POWER. Which possibly helped us cooperate in large numbers. We are the only mammals that can cooperate with numerous strangers because only we can invent fictional stories, spread them around, and convince millions of others to believe in them.

The Homo Sapien has come together for a cause – a common cause. A common story they all believed – The Lion God, the Rain God of the Sun God. But cooperate he did – in large numbers – and raised the food chain very quickly … “(Harari, Yuval Noah. Sapiens. Penguin Random House, 2011.)

Now that is the POWER of fiction.

These are very compelling historical theories. We cant prove them either way. But one thing remains –

So, where are our stories? Stories about issues which are the need of this hour. Our religious stories taught us how to live life. Stories of our Nations were created, possibly, to ensure ‘Order’ in the world. Our most significant story of ‘Money’ was invented to all collaborate with a common platform … And all those stories worked brilliantly well for mankind.

TODAY, we need stories of a different kind – about Sustainability goals, about the problems our world and societies are facing. Why are we hesitant to write and scream some bold stories and choose to bombard ourselves, instead, with facts, figures, numbers, data, etc. Don’t we need STORIES to touch the raw nerve of our young and not so young minds? I leave this thought with you. 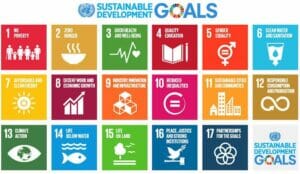 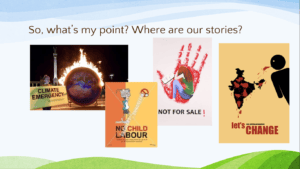